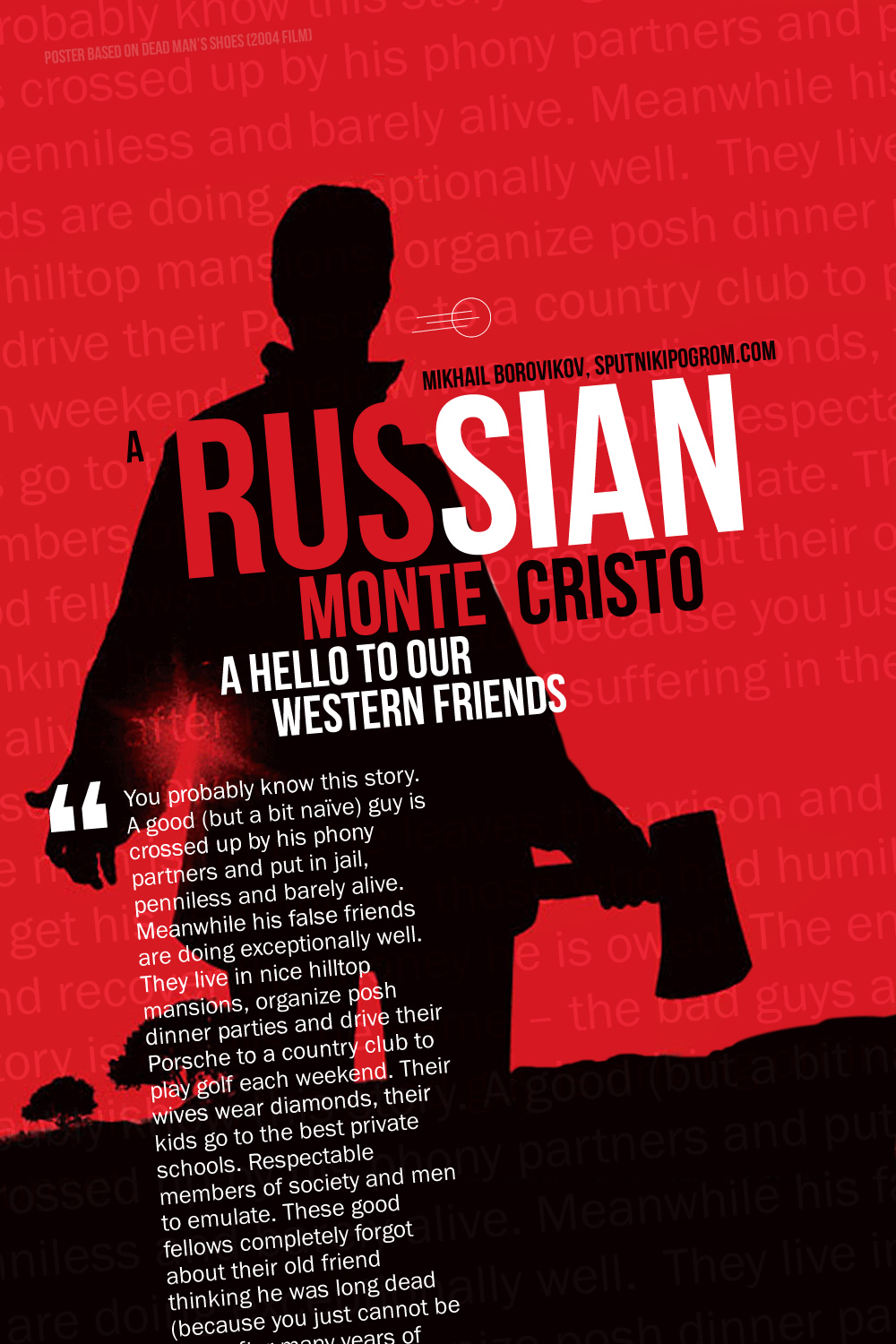 You probably know this story. A good (but a bit naïve) guy is crossed up by his phony partners and put in jail, penniless and barely alive. Meanwhile his false friends are doing exceptionally well.  They live in nice hilltop mansions, organize posh dinner parties and drive their Porsche to a country club to play golf each weekend. Their wives wear diamonds, their kids go to the best private schools. Respectable members of society and men to emulate. These good fellows completely forgot about their old friend thinking he was long dead (because you just cannot be alive after many years of suffering in the shittiest prison). However, the man is here. He leaves the prison and is eager to get his revenge on those who had humiliated him and recover the money he is owed. The end of the story is always the same – the bad guys are vanquished, the good guy is driving off into the sunset.

In the beginning of the 20th century, three fellows known as the Triple Entente started a small brawl known as the Great War. One of these fellows, a strong guy from the North, duly honoured his obligations fighting savagely in Galicia, at Naroch and Lodz, and thus saving the Anglo-French arses at Somme and Verdun.  After the Brusilov offensive in 1916 the victory was a done deal, but… Remember a scene when a mobster leaves his gravely wounded friend and runs away with a bag of cash while the latter lies bleeding listening to the approaching police horns? In 1917 and years to come Russia experienced the bloodiest catastrophe in the world’s history and ethnic Russians lived through the endless holocaust: first the Red Terror, then the infamous Gulag labor camps, while nice European gentlemen and their American counterparts were parting the booty. Bolsheviks (erroneously called Russians) who were raised and bred in London and Zurich, and lavishly funded by Germany and the Joint put a 160-million country into a concentration camp Hitler might have only dreamt of. But who cares about those Russian barbarians?

In 1939 nice gentlemen were suddenly woken up by a new war started by an unfortunate Austrian artist. In 1940 German troops were marching through the Champs-Elysees. Churchill was desperately asking his brave Americans to provide help. And they did. Guess what! They froze the American assets of the Third Reich. As you can imagine such a great military support helped Europeans a lot, so all of a sudden they recalled those ugly wild Russians. Everyone in the world understood that only the Bear was able to beat the Eagle. I would not tell you what happened next – history section in Barnes & Nobles is at your service — I would only remind you the death toll paid by the Russians. According to different estimations, it is about 20-25 million people and Russia has not recovered fully from such an impact to its gene pool so far. If anyone ever asks you what the price of the European freedom and prosperity is, you have got the number.

Do you think we received any compensation or acknowledgments? Nope! The West thanked us with Churchill’s Fulton speech. Though we had not even claimed the Straits and Poland, Sir Winston thought that the fruits of war gained by Russia are too generous. The iron curtain was down and the Russian barbarians were isolated from the civilized world once again. You would probably argue that Soviet leaders themselves were dumb bastards and tyrants and are also guilty of the Cold War. Yes, that is true, but, as I have already mentioned, the communism is not a Russian invention, even the very word has Latin roots.

When the Soviet Union collapsed, the Western democracies were celebrating the dawn of the New Era. They cheered their new friend Boris who was guzzling away Russian ancestral lands. They patronized russophobic governments in former Soviet republics. They thought that this time the Russians would never recuperate. They had made only one small mistake – they had mistaken Russians for Soviet thinking that the end of the USSR is the end of Russia.

Rather, the collapse of communism means that the good Russian guy has fully served his sentence. He did his homework well and he remembers everything, he does not have any illusions about the hypocritical western smiles and promises. And he will come for his share while you are enjoying your morning croissant on the Saint-Germain Boulevard. As Mr. Martin puts it: “A day will come when you think yourself safe and happy, and suddenly your joy will turn to ashes in your mouth, and you’ll know the debt is paid”.  The Russian Monte Cristo will appear not as a dirty ‘vatnick’, but wearing a nice Italian suite or a new green uniform with an assault rifle across his chest. He will be polite and cold-blooded and he will claim everything what is rightfully his. And there is a lot. 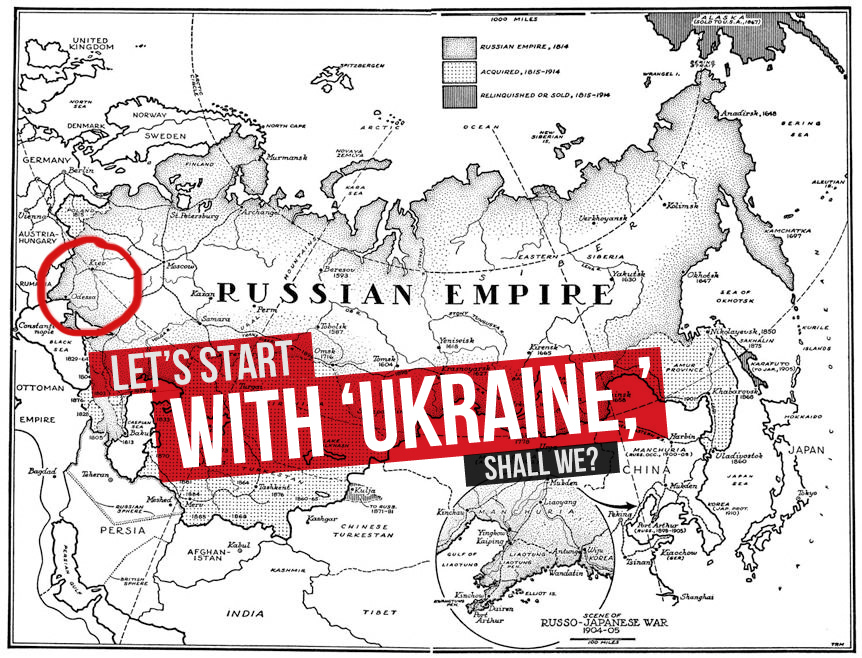