What is truly tragic in this ongoing Ukrainian war? It lies in the fact that the Ukrainians were able to convince both themselves and Europe that the key issue is Russia’s imperialist attempts to annex parts of Ukraine, and there can be no negotiating with such blatant imperialism. Moreover, this has even convinced parts of the Russian public, not just the liberals, but also the patriots. The fact remains that Russia’s demands from Ukraine have been publicly voiced repeatedly, are simple, not dramatic, and do not involve the annexation of Ukraine, not even Donbass:

— First, the federalization of Ukraine. Today, the Ukrainian parliament (Supreme Rada) is unicameral. The Russian Federation would like the Ukrainians to have in addition to the current Supreme Rada, an equivalent to its Federation Council with representatives from the regions, to approve or reject any legislative initiatives of the Supreme Rada. The right of veto for the eastern regions of Ukraine would serve to assure the Russian Federation by safeguarding against Ukraine’s accession to the EU, NATO, and in general passing any anti-Russian laws. In addition, the federal system would allow choosing governors of the local regions, which would serve to keep most of the regional revenues locally reinvested (which is in the interests of the wealthy eastern regions), further weakening the central Ukrainian government.

— Second, a constitutional guarantee of Ukraine’s non-aligned status based on the principles of “trust this federalization, but verify it”, preferably with the additional confirmatory signatures of empowered representatives from NATO, EU and the United States.

— Third, official governmental status for the Russian language in order to halt Ukrainization. Despite the fact that Ukraine has not yet overtly persecuted Russian-speakers, the number of Russian schools is being reduced every year, and higher education is today almost completely Ukrainized, despite the fact that 80% of Ukrainians speak Russian. You might laugh, but even Kiev’s famous punitive “Azov” battalions’ operational language is Russian. There is no doubt that providing constitutionally guaranteed status for the Russian language will slow down, and in some places completely halt, the Ukrainization.

— Fourth, the official recognition of the annexation of the Crimea, since the status of an occupier leaves Russia open to needless pressures from without (diplomatic, economic or even military). It is clear that any fool can simply occupy neighboring countries using the Russian military machine, but any occupation-annexation without official recognition is worthless. In this case, the Russian Federation has publicly rejected requests by Novorossia to include it into the Russian Federation, clearly showing that territorial expansion was and is limited only to the Crimea. Similarly, the Russian Federation has for many years rejected requests for the annexation and inclusion of Transnistria, Abkhazia and South Ossetia, not wanting to conflict with the West over these patches of land.

That’s all there is to it. There is no desire to hoist any “Russian flag over Kiev”, not even over Donbass. In this matter, the above conditions are an admission of defeat by the Russian Federation, as the entire Eurasian Economic Union was predicated on, and prepared for integration with Ukraine, the largest and most developed country in the post-Soviet space. Only the integration of Ukraine gave logic to entering into equal treaties with silly countries having negligible economies, and any successful advancement in Asia are not worth a thing when a city like Kharkov is foreign. After the events of Euro-maidan it became clear that Ukraine will never join the Customs Union (and even less likely the Eurasian Economic Union). Therefore even a “non-aligned Ukraine” is officially recognizing the collapse of some three hundred and sixty years of Russian foreign policy (since 1654) in an attempt to achieve an honorable surrender, withdrawing with arms and colors in hand.

The honorable attempt failed brilliantly: the United States clearly operating on the principle of “take everything, give nothing” did not want to even discuss non-aligned status for Ukraine. The Ukrainians wound themselves up to hysterical levels and are seriously considering going to war with the Muscovites to the last bullet, so any reasonable concessions are not even being considered. The Ukrainians tell themselves “of course, we will win against the second most powerful war machine on Earth”, and even their latest military failures haven’t sobered them up. What also hasn’t generated sober reflection are the generous promises made by the United States to allocate to the Ukrainian government troops as much as $19 million (but who knows when). This stands in stark contrast with actual support for Iraq, where within a week weapons and materiel were being shipped en masse.

As a result, we have a semi-virtual “Donbass separatism”, which was supposed to be an exchange for the recognition of the Crimea, but has become a tangible, very real power with the force to successfully break Ukraine, and any “insertion of paratroopers” can only further close the path of disengagement and compromise. The Ukrainians think that for every “vacationing” Russian paratrooper killed they bring victory closer: that Moscow will, looking at the coffins of its soldiers, sobbingly kneel asking for forgiveness. When in fact all the while every killed Russian soldier reinforces the position of Russian hawks, demanding not just Ukraine’s federalization and non-aligned status, but at the very least an independent Donbass (“with so many of our guys killed by them, it can’t be for no result…”). It didn’t even dawn on the Ukrainians that those reports by the cream of liberal media concerning secret burials of Russian paratroopers were organized by Russian hawks, systematically cutting the Kremlin off from paths of retreat. And the more Russian corpses — the less chance for at least a draw.

In this current Ukrainian war we are witnessing a unique case of self-interment: instead of organizing peace marches with slogans “For non-aligned status of Ukraine! For federalization!”, the Ukrainian intellectuals and their liberal Moscow sympathizers are in fact demanding a war to the bitter end (shitting themselves over some secret insertion of only 3,000 Russian soldiers, despite the fact that the military forces operating in the Russian Federation number over 2,000,000), seriously trying to force the Russian Federation to organize an official intervention and divide Ukraine. These people haven’t even gotten their heads around the fact that for all these months there has been an escalation in the Ukraine. It has grown from the lonely Strelkov acting in a small special operations format, to the American “Stratfor’’ posting a video showing a Russian tank company & reinforced infantry battalion driving around Lugansk as if at home. And what will be the next level — when entire Russian brigades ride around Ukraine? That will have most unfortunate consequences for Ukraine.

Do you think this text might succeed by planting in the Ukrainians at least some doubts to reflect upon? That at least one will say “Brothers, yes we have already lost the Crimea, Donbass is lost too and we are on the verge of an openly declared Russian invasion, after which we will lose statehood itself. Brothers, we ought to cool down, brothers, we and the Russians are the same people, let’s find out what they want from us?”

Nuts. Therefore, I am calm in spite of all the Kremlin’s attempts to backpedal and come to agreements, the boorish louts of Kiev will sooner or later force open intervention in, and the destruction of Ukrainian statehood. Even if the Taman motorized division were to storm the city of Lvov, the Ukrainians would continue shouting about their inevitably speedy victory.

Therefore, this text has exactly one goal: to capture for posterity the simple truth that Ukraine was destroyed by the Ukrainians themselves, regardless of what might be stridently declared in your textbooks by the year 2054. 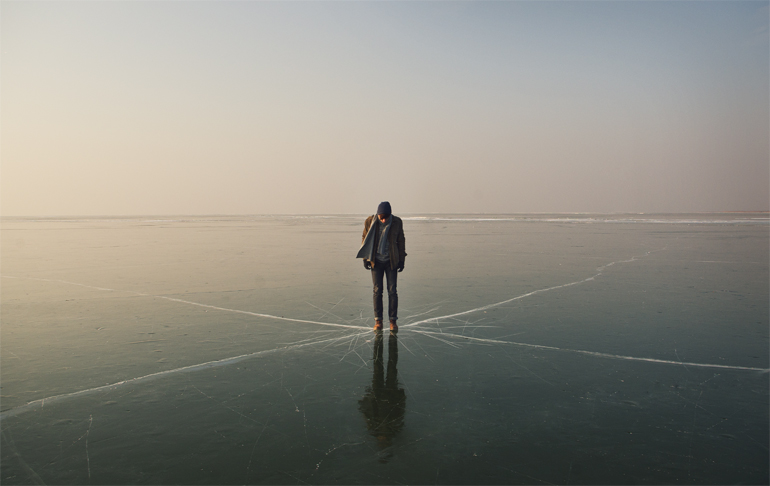