Your favorite villain meets his match — History and Reality came knocking. The world is waiting. 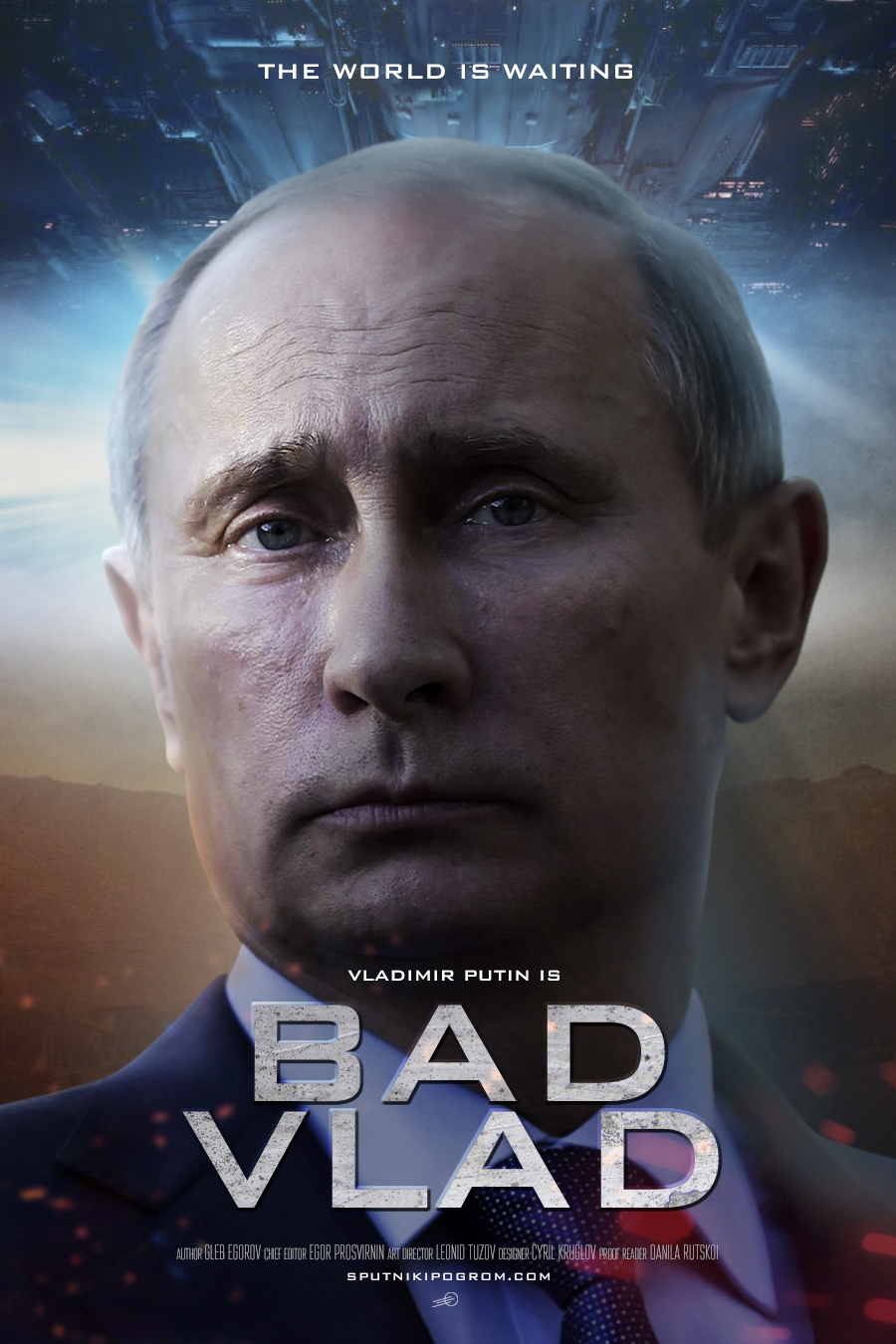 Too many have fallen for it. Those who spew hate-filled bile at the mere sight, sound or mention of him are just as guilty as those who chant out mantras of praise and fascination.

No, it’s not an obsession, but Vladimir Putin has certainly succeeded in catching and keeping public attention both in America and Europe. He’s like one of those villains you love to hate. Not exactly Darth Vader, more like a Bond-villain, the KGB past and demeanor certainly contributing to that image. Be it his words and actions or his silence and inactions — rest assured, the world will probably be watching.

That, of course, is understandable. To those who dwell in the nice and comfy post-modern image and media-obsessed world, consuming information just like any other overabundant product, Vladimir Putin, in power for so many years, has come to symbolize Russia itself, to be somewhat of a synonym for an entire country. Ask the “average American” (or European) to name some things that first come to mind at the mention of Russia. “Putin” will almost certainly be there. Along with “KGB” and “cold”. And can you think of another world leader (except Bush) who’s generated as many Internet memes as the Russian president? The bare chest posing, as strange and silly as it was, actually worked. John Stewart sure bought it. How could he not?

The point is, “Putin” sells. You even see this in newspaper and website headlines: it’s “Putin’s troops”, “Putin’s allies”, “Putin’s bear cavalry”, etc. — “Putin” sells, scares and hooks even better than “Russia”, which, let’s face it, has for a long time been an excellent boogeyman in so many places of the world, thanks in part to the Cold War and Great Game propaganda. Times are changing, Russia is not as scary as it used to be. Putin, however, fits the villain role nicely. His “hide my shyness” smirk, the “try and read me” cold blue-grey eyes, the untranslatable jokes that no one gets, the inelegant tough-talk along with sometimes surprisingly articulate and convincing arguments make up just the right proportion of weird, serious and evil to keep the “Bad Vlad” fetish alive in the Western world.

So much has been written, so much has been said. Every think-tank expert has an opinion, some more debatable than others. It almost seems that a little too much attention has been given to a single leader who can never be bigger than his country or his people, and whose influence on the world stage and within his own nation is fading, despite what the Russian government propaganda might want you to believe.

And while Putin fades, another, much greater, much darker shadow grows. History has returned to Russia. Real history. Fast, brutal, unpredictable, unforgiving. Events are unfolding at a pace that the Kremlin and the general public simply cannot keep up with. Putin has been around long enough to smell what’s in the air: his political instinct didn’t let him get startled by The Revenant — Russian Nationalism Reborn. It’s here and it’s real, becoming more and more flesh with each passing day. For the time being Putin has chosen to play with it, to flirt, to appease it just a little in hopes that it will take the bait and fade away. The teasing game cannot go on forever, though — The Revenant is ever-hungry and will not go away until it gets what it came for — or dies, for its sleep has been so long…

What happens now in Ukraine and Novorossia will soon echo throughout Russia itself in ways not too many of us can predict — or wish to. Putin, therefore, is at a crossroads. Masks off, guns out. Blood has already been spilled, lives have been shattered, flesh has been burned. The Revenant is at the doorstep, time is ticking.

So grab some popcorn, Western audience, sit back in your nice and comfy post-modern chair and watch Real History unfold. Enjoy. Consume. “Bad Vlad” — not the character, the man — has come before his final test. No jokes this time, no smirks, no memes. Just an aging KGB-colonel, a passing, mortal human being, a Bond-villain so close to being foiled, less and less in touch with Reality and more and more swallowed by image — his own and of the world around him, created in part by him and for him. And yet it is this man who has to make a choice and face the consequences that will affect so many of us. The vultures are flying in circles, ready to pick the bones. And in the middle — the Russian people, destined to ride the gathering storm, trying to live life and stand tall.

Are you ready? Are you sure you want to see this? Will you cheer for your favorite villain should he succeed or will you smile if he goes down in flames, possibly in a dramatic live Ceaușescu-in-the-digital-age scenario? This show may seem fun now, because it’s happening so far away. But what if there’s a sequel — one so much closer to your nice and comfy home? For now you get to watch. But we get to live it.