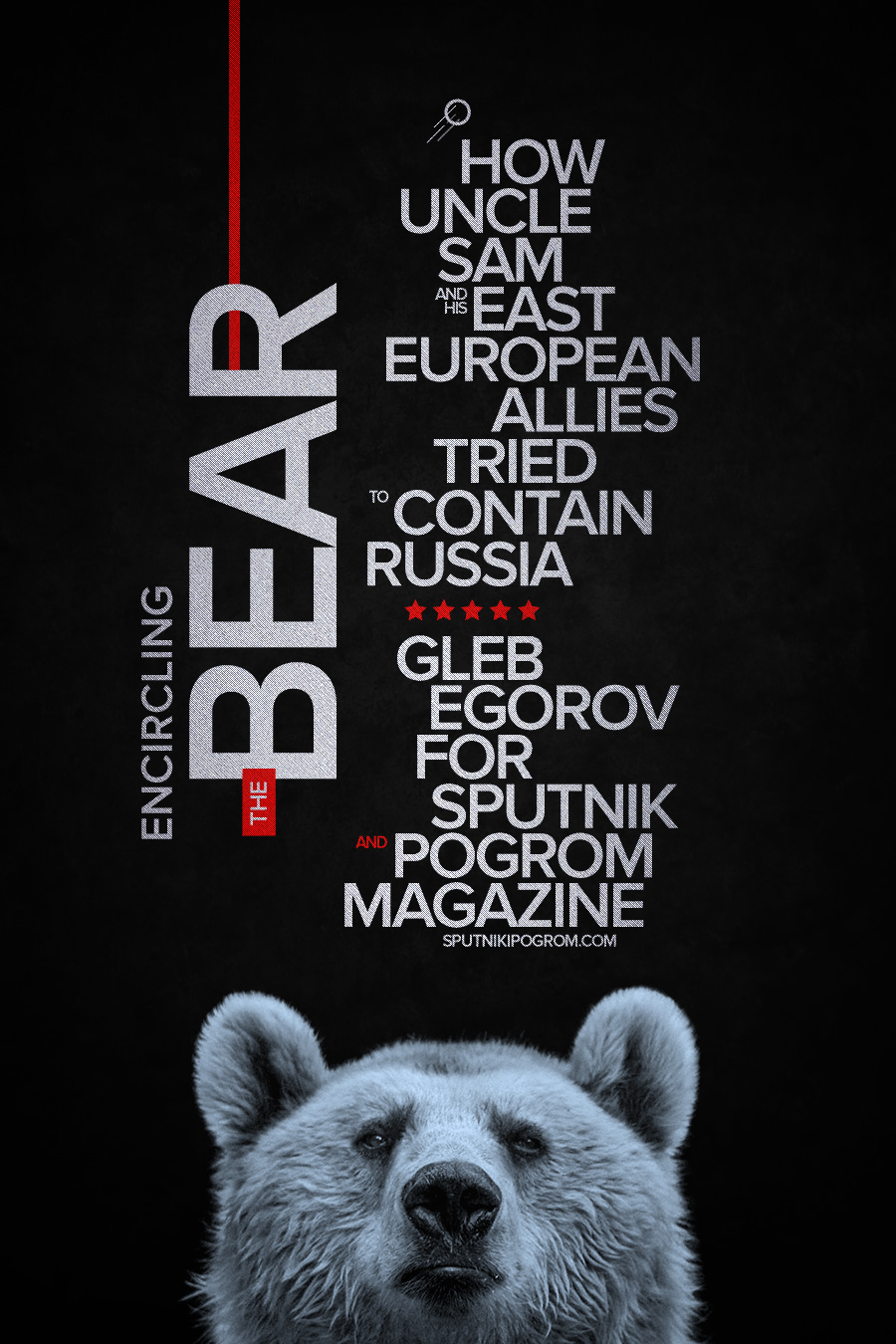 They ran so quickly. And they looked so happy. Like an over-anxious dog that has finally been let off the leash… Freeeeeedooooom!…

When the Soviet bloc began to crumble, the countries of Eastern Europe had no doubts as to where to look – they turned west. The Baltic states did the same when the Soviet Union itself ceased to be. They wanted very little (if anything) to do with (Step)Mother Russia, which, let’s face it, in 1991 had very little to offer them. Eastern Europe wanted to be Europe proper again. Just like Germany, Sweden and Austira, countries Poland, Lithuania and Hungary looked up to, secretly envied and considered as their superiors. Western Europe, in turn, didn’t really know what to do with their new-found friends and in the end it wasn’t the Europeans who played the major role in the re-westernization of the East. It was America, always there to fill up geopolitical void, especially in regions which can be deemed as “strategically important for US national interests”. Eastern Europe was just that. The bald eagle descended quickly and took the little guys under its wings.

The Americans knew what they were doing. They were getting new loyal allies in Europe, proxy-agents within the EU and buffer states between Russian and the West. You know, just in case.

Eastern Europe, in turn, was more than happy with scenario. They were getting money, protection and, most importantly, acceptance. They were finally being viewed (at least in their own minds) as full-grown members of the Western world, the so-called Euro-Atlantic community. After years of being under the Soviet boot, this was almost a dream come true.

Integration, among other things, meant that the new guys were joining NATO, the military alliance that was created to deter the Soviet Union. There were some debates and discussions in Washington on whether this was a good idea and whether the Eastern European states were actually fit to serve in NATO ranks, but in the end green light was given. NATO was now at the doorstep of the country that just so happens to be the Soviet Union’s legal successor state – the Russian Federation.

Russia had at one point called NATO expansion (and especially the inclusion of the Baltic States) a “red line which will never be allowed to be crossed” (to quote Mr. Lavrov), but these turned out to be empty words – in terms of actually doing something Russia’s options were… well, there were no options.

Naïve were those who thought that the North Atlantic Treaty Alliance would not expand eastward and that former Soviet bloc members would not join. Those who accused the West of breaking promises were naïve, as well. To be broken, a promise has to be made. And apparently the only one who remembers such promises being made is Mr. Gorbachev – he thought he was getting a good deal back in 1989-1990: Soviet troops withdraw from Germany and NATO stops at the Elbe. But he forgot one thing – if you want to secure a deal in world politics, it helps if you sign a document. So whether Gorbachev misinterpreted what he was being offered or whether the West had blatantly played him (and Russia) for a fool, it doesn’t really matter. A gentlemen’s accord is for the gentlemen to break.

But as time went on, it became evident that even signed, ratified treaties can be torn into shreds and tossed out the window, especially if the world hegemon becomes blind with arrogance and overconfidence. This happened in 2002 when the United States decided to pull out of the Anti-Missile Defense treaty (ABM). The Bush administration considered it a Cold War relic which can easily be dealt away with and almost immediately began installing radars and missile interceptors in Poland and the Czech Republic. Russia’s opinion did not matter. As for America’s junior friends, they were more than happy to lend their territory and be part of this ambitious enterprise. Washington had convinced them that they were significant by being sugar daddy and playing on their fears and immediate interests.

Russia was once again hissing and fuming, and it definitely had its reasons. America’s New Allies, as George W. Bush had labeled them, were now poking sticks into the Russian wheel every chance they got – and, surprise!, these pokes were in tune with US goals. This included increasing NATO’s military presence in Europe, especially on the “flanks” near Russia’s border- the Baltic, ultimately making the Conventional weapons in Europe (CFE) treaty irrelevant. Another European security cornerstone crumbled down.

Poland and the Baltic states in particular were convenient tools for the grand strategy of containing Russia. Keeping it weak, insignificant, predictable and obedient. A frozen northern giant who doesn’t speak up, keeps the EU warm during the winter and has its nuclear arsenal under control. And if it lets itself be surrounded by America’s military bases and loyal proxies – that would be perfect. So many helpers — Estonia, Latvia, Lithuania, Poland, Georgia, with Azerbaijan and Moldova set to join as well – all willing to take part in encircling Russia and pressing it down to total strategic and economic submission. Hail Pax Americana!

This was the Bush Doctrine at work – the neocon (and neoliberal)-influenced notion that the United States should remain the world’s only superpower and that no one else should be allowed to even come close. The containment of Russia was a preemptive strike of sorts.

The key element in the taming of the Russian bear, however, was Ukraine. Kiev would also be Washington’s Trojan horse in the Old World (a better one than Poland), crystalizing the US grasp of Eastern Europe and opening up further options to meddle in EU affairs, so obviously the option looked tempting. Regardless of whether you choose to believe the “America created the Maidan” story, the United States’ role in the Ukraine crisis of 2014 is undeniable as is its support for the blatantly anti-Russian, nationalistic opportunists that came to power after the toppling of Victor Yanukovich.

The difference between the Ukraine situation and the previous US-led pushes into Russia’s backyard was that this time Russia chose to fight back. More so, at one point it seemed to have the upper hand, completely flipping cards with the Crimea grab. This is not an equal fight by any means, but Mr. Putin is still slugging it, although pressed further and further by both the cold-blooded approach of the US and the EU and his own mistakes and limited options.

America’s juniors, of course, stood by Washington and offered their support to Kiev. The Americans, however, did not let them get too close, nor interfere too openly – Ukraine was a job for the big boys, especially with the Czech Republic daring to speak up against anti-Russian sanctions, Poland hinting at taking back Lviv in case the Ukrainian chaos gets too out of hand and the Baltics being just too… Baltic.

The united anti-bear front is still intact, though. More so, it will continue to solidify itself in the coming years, with the center forming around the russophobic Ukraine. Expect anything, including rushed and forced NATO expansion, EU action along the Eastern Partnership lines and lots of other nasty little things. And as Cold War-era treaties continue to slowly but surely lose their inviolability, the situation could become increasingly dangerous. Not just for Russia, but for the entire European continent.

One of the saddest things about this whole situation is the fact that a truly Herculean effort will have to be made on the Russian part if any hope of winning over (or winning back) Eastern Europe is to remain. The 20-odd post-Soviet years were a waste in terms of making Russia and the Russian world appealing to the Slavic and Baltic nations that once were part of the Czars’ Empire. Unsubtle Soviet-style propaganda no longer cuts it, and, let’s be honest, has never worked properly beyond Russia’s borders. Cash showers for local elites and oil-and-gas blackmail can only go to certain lengths. Soft power, in a broader sense, the way it is perceived in American think-tanks, could partially do the trick, but, unfortunately, it is virtually unknown and unwielded in Putin’s Russia. Compromises and sacrifices could also be required, such as acknowledging Soviet-era occupation of the Baltics. Fixing relations and exorcising Cold War demons (on both sides!) is just the first step, but a very important one.

Tearing Eastern Europe away from the Americans should be a long-term strategic goal. After all isn’t a good dog Poland that is kept on a short leash and rewarded for pro-Russian stances in the EU so much nicer than a spiteful russophobic Poland that we see today under Uncle Sam? Or how about having colonies on the Baltic? Or in Transcaucasia? Allies, puppet-states, vassals, ultimately maybe even provinces… Sounds nice, doesn’t it?

This may seem difficult now, maybe even impossible, given the Ukraine situation and the general lack of direction in Russia’s foreign policy, but it’s something to look forward to. And think about. 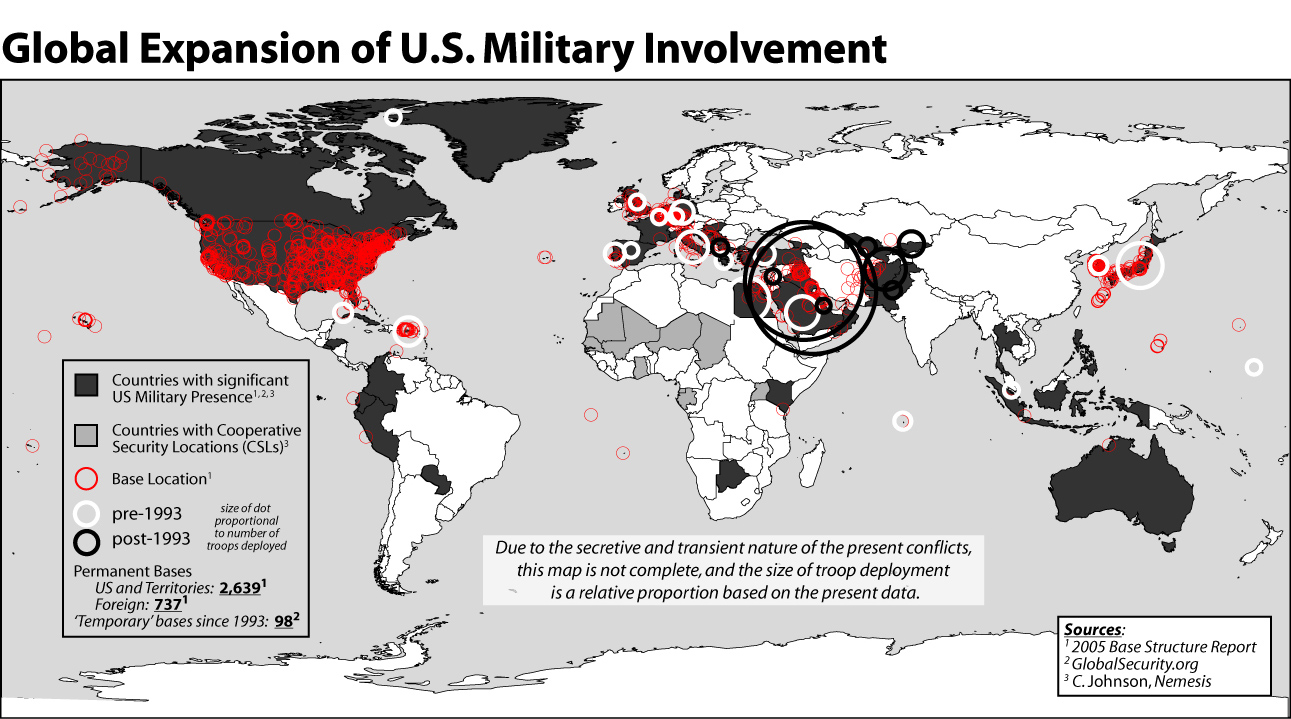